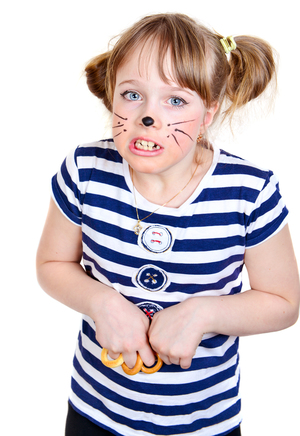 I made an observation about how small beings change in response to expectations. My friend responded, “Yup, maze-bright mice.”

I thought she sneezed, so I said, “Bless you!” and went back to my point.

She shook her head at me and said, “No, I said MAZE-BRIGHT MICE. That’s what you’re talking about.”

My friend then told me about a research study that documents how believing that something is possible changes behavior.

In the beginning of the semester, the professor who created the study approached his graduate students with two groups of mice. He divided the class into two sections.

He told the first group, “You have maze-bright mice. They’ve been bred to go through mazes quickly; their parents were the best at doing mazes. They’re built to do this task.”

To the second group he said,  “I’m sorry, you have maze-dumb mice. They’ve never been trained for mazes and I’m not sure that they can be. It’s likely they will not be able to do it.”

This was fictitious background information; the truth was that these were identically-bred mice.

The students trained the mice the entire semester. When the two groups competed, the maze-bright mice won every race. The maze-dumb mice lost every time.

Can you see a relationship with your small beings in this story?

So, if you want behavior change to happen, the first step is to believe that it’s possible.

Select a behavior you’d like to change. Are you convinced that it’s possible to transform? Only with that belief will your actions produce a positive result.

Parents: Which of your small being’s behaviors have you lost faith in changing? Can you see even a little hope in shifting it?

Teachers: Have you noticed that a belief about a particular student often manifests in good or bad behavior?

Feedback? Thoughts? Comments? Leave ‘um below or email me at: Info@BehaviorAndBeyond.net.

With a little help we can all grow. If a special person in your life can use this information, then please forward this blog.

This site uses Akismet to reduce spam. Learn how your comment data is processed.